RSS
← TEDxRhodesU: The Tea Stop that taught me to listen
(Some) of Africa’s Scientific Discoveries & Contributions →

Schooled by Students at the University of Ghana Legon

Since my last post focused on the need to listen this one will justify this approach a little more in case you’re not yet convinced. Being at the TEDxRhodesU event recently reminded me of the time I spent consulting for an ISP on a project with The University of Ghana Legon (UGL) in 2008. Both have a clock tower and when I was at UGL I remember fondly thinking of and missing Rhodes University, my Alma mater, and this weekend I had the same feelings, at Rhodes, about UGL.

The University of Ghana Legon (May 2008)

The company I was consulting for wanted to assist the university just outside Accra to improve its student to computer ratio. To start, we met with the King of the Ga because in Ghana each traditional leader is responsible for a different sector and must focus to improve conditions in this area. King Tackie Tawiah III was responsible for education and the Ga Education Endowment Fund. Working with him and his council gave all parties concerned access to an extensive source of local knowledge that could be easily accessed during all project phases. He connected our team with others – some NGO, some corporate, and then of course the VC directly at UGL. This is the first reason to listen a little closer: the usual media portrayal of traditional leaders is as backwards and overly conservative dictators interested only in retaining power. King Tackie Tawiah proved this was not in any way a universal truth. 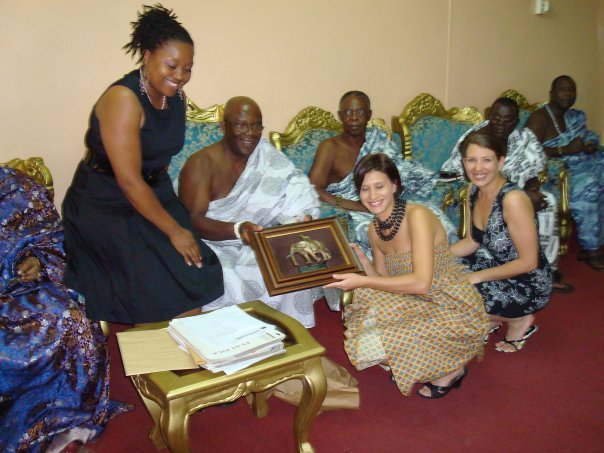 The company I was consulting for ended up not being able to assist the university but I stayed in touch with some now friends at UGL in a personal capacity. This is the way I found out the second and more important reason (in this experience) to listen and treat the people involved as the experts of their own context…

UGL managed to massively improve the student to computer ratio, and while I don’t remember the exact figures I do remember that they more than doubled the number of computers to students in 6 months. However a problem then cropped up: a minority of students were stealing the equipment. All sponsors and interested parties were contacted to request their attendance at a meeting a week later to discuss the issue.

Two days after the meeting request was sent however, and way before the meeting, the students organised their own meeting. They identified that the problem was students with lots of bags etc. being able to sneak the equipment out in among their piles of stuff. As such they decided that no students should be allowed to take bags into the computer labs but rather would have to leave the bags outside at parcel counters. The parcel counters were built by volunteer students from wooden pallets and once erected managed 24 hours a day also by volunteer students. And guess what? They were right and the problem was solved instantly – by them on their own without any intervention from the university officials, sponsors or anyone else. So much for student apathy, so much for un-involved disaffected African youth. So many stereotypes and media portrayals were proven to be not even close to the truth in this situation and are sufficient cause to take a closer look before judging based on pre-conceived ideas. For me this inspiring reaction from the students of UGL is not only a reason to listen but also to believe in Africa.

Bag-free computer labs at the University of Ghana Legon

Posted by Believing In Africa on August 14, 2012 in Community (self) Development, Education, Ghana, Lessons

← TEDxRhodesU: The Tea Stop that taught me to listen
(Some) of Africa’s Scientific Discoveries & Contributions →